Brewing is the art of the food industry. Kropotkinsky Brewery produces 13 varieties of natural "live" beer for the most demanding taste. Depending on the variety, the beer is prepared using single-mash or double-mash process or infusion method.

To make Crop Beer tasty, natural and safe we use:

It is not allowed to use unmalted materials and enzyme preparations in the manufacture of our beer. Alcohol appears only due to the natural fermentation process. Unlike most companies, we do not use pasteurization.

The brewing process consists of the following stages:

The basis of the malt consists of starch, carbohydrates and proteins. In order to extract these substances the raw material is thoroughly grinded. Due to the heterogeneity of the grain body, the raw material is divided into flour, small and large grits. Flour and small grits are easily converted under the action of enzymes to the extract, which is completely converted in the mash.

Large grits are more resistant to enzymes and moisture action, so the insoluble extract goes into the spent grains.

The filtration rate is determined by the bruising quality, the volume of bruised malt and the height of the crusher. The quality of initial malt and the bruising define to the full extent what kind of wort and beer itself will be eventually.

Before bruising, the malt is cleaned fr om dust, organic and inorganic inclusions using air-sieve separators with magnetic stations, dust separators and dynamic sieves. Then it is moistened to soften the grain shell. Due to this, the shell moves away from the core better, a suitable filtration layer is created in the apparatus when the mash is separated. 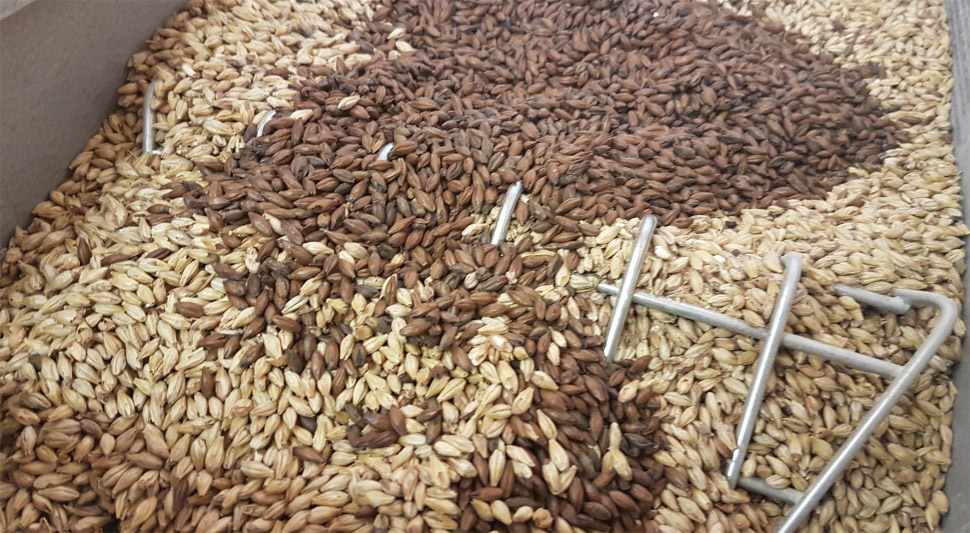 The mashing apparatus is filled with malt, barley and water; the whole mass is heated and boiled. The whole process is necessary to bring the mash to the soluble state with the maximum possible amount of substances under the action of active malt enzymes. To activate the enzymes the certain temperature conditions are required. The mash is conditioned at the optimum temperature for a time to activate the starch conversion reaction, to let peptidases and cytolytic enzymes work, to accumulate maltose and dextrins.

The temperature of the mash that goes to filtration station varies from 75 to 78С.

The mash is filtered in two stages. During the first stage, the first (main) wort is cleaned, during the second – the wash-out extract is obtained. For the second stage, the spent grains are washed with water at 75-78 C.

The first wort as well as the waters that are used for washing should be transparent as the small insoluble particles of mash contained in them add the beverage with rough taste and prevent its proper clarification.

Boiling, clarification and cooling of wort

The wort from the filtration station is boiled with hops in a brewing kettle. This is done to stabilize the mixture and to give it the flavour of hops. Boiling is also important for sterilization of the mixture – it takes 15 minutes.

The wort is clarified and cooled in order to precipitate the suspended particles, the temperature of the mixture decreased, it is enriched with oxygen. Hydrocyclones are used for this purpose. Hot wort is fed into them in the form of a jet, the suspended particles sink to the bottom. The clarified still hot wort is fed into the heat exchanger, wh ere it is saturated with oxygen and reaches the fermentation temperature.

The cooled, clarified wort is supplied to the cylinder-conic tanks. During the first brewing the tank is filled up to max. 80-85% of the volume considering the foam generation in fermentation and yeasts are added.

The brewage contains a variety of impurities such as yeast cells, protein-tannin compounds, hop resins, coagulated protein particles. It is the amount of these impurities that influences the turbidity of beer. In order to eliminate this characteristic value, separation and filtration are applied.

Filtered beer is filled in glass or PET bottles, kegs.

Due to strict observance of all these rules, high-quality raw materials and traditional recipes we get the beer that is natural, "live", with a bright and unforgettable taste.